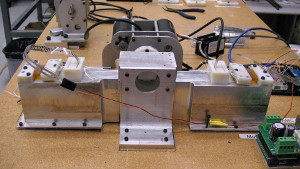 During 2014 and 2015, I worked in Hartmut Geyer’s Lab at Carnegie Mellon University. I collaborated with other students in the lab to evaluate neuromuscular control models on a robotic leg. During this time I also investigated the use of compact nonlinear springs with user-defined torque profiles for increased bandwidth and torque resolution in Series Elastic Actuators. 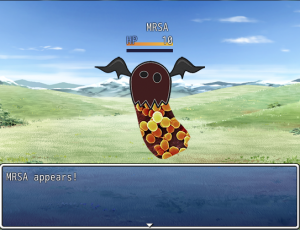 As part of a class at CMU, two other students and I developed an educational game to help medical students study for exams. You can read about it in my blog post here. If you’d like to play the game, let me know and I’ll send you a download link. 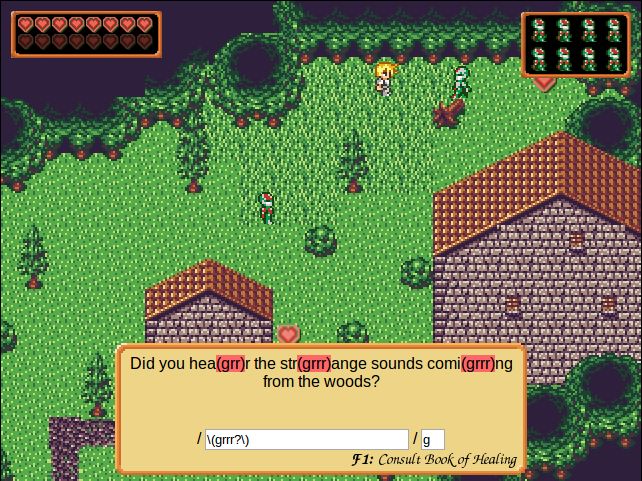 Having a good working knowledge of regular expressions is essential for most developers. However, while it’s easy to learn the concept, it takes lots of practice to gain fluency. For this reason (and also for fun of course), I’ve started building RegexQuest. The game does not teach regular expressions from scratch, but instead tries to improve fluency. Practice happens whenever you “cure” an infected villager by using a regular expression.

The game currently has one working level, and I have plans for a few more. Feedback and pull requests are welcome!

I was a member of Team Caltech, which competed in the 2007 DARPA Urban Challenge. Alice, our vehicle, is pictured above. I worked on the preliminary navigation software, and later on the team’s simulation software.

You can read about our approach here: Sensing, Navigation and Reasoning Technologies for the DARPA Urban Challenge 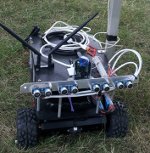 This project was in conjunction with Bill Mania.

You can read the contest description and rules,  an overview of the robot’s architecture, or browse the code on github. 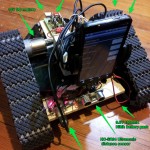 Check out an overview of the project or browse the code on github. I also gave a presentation for Chicago Google Tech User Group (GTUG) in Spring of 2012. 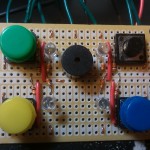 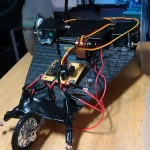